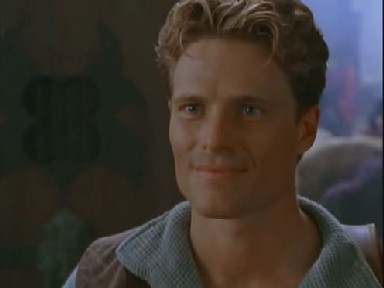 Tomas is a very mysterious warrior, so there is not much known about him. Tomas appered to the Earth warriors out of the blue, saying that he was trained by martial arts master (his name unknown) to fight against Outworld in the Mortal Kombat tournament. When Tomas’s master was sure his apprentice was ready, he sent him out on his own, in search of the legendary Mortal Kombat champion Kung Lao. If Tomas managed to find Kung Lao, he was sure that they would be an unstoppable force together. And if Kung Lao had managed to recruit some other warriors, then that would make the group all the more fierce.

Unfortunately, Tomas’s company didn’t last very long with Kung Lao. The day he arrived at the trading post, the emperor of Outworld, Shao Kahn, was immediately informed. The monstrous emperor promtly came up with a brilliant scheme to rid himself of the new threat. He managed to frame Tomas for murdering two innocent women, and when the news got back to Kung Lao, the two fighters clashed in a spectacular showdown. It wasn’t long though, before the true murderer arrived at the scene: Reptile. The leader of Zaterra ruthlessly killed Tomas before disappearing once again into the shadows.

Attack:
Tomas is one of the best fighters ever seen in the series. According to Shao Kahn, he is even more able than his mistaken rival, Kung Lao. He is very quick on his feet, and can shift from a low attack into a high attack effortlessly. His punches come at a rapid pace, jabbing strongly and sharply with a deadly force. His kicks are as hard as nails, and are brilliantly timed to ensure a direct hit. But something that is noticable about Tomas is that most of his punches are aimed at the face and his kicks tend to stay at midsection level. Exceptions are usually made only at genuine opportunities.

Defence:
Maybe not as polished as Kung Lao’s, but still solid nonetheless. Tomas does have a unique trick that none of the otehr fighters have, and that is defending AFTER he has been hit. It works like this: Tomas lets his opponent strike him, leading them to think that they are out of danger. But just after the strike connects, he shifts the attacking limb aside and launches a surprise counter attack. 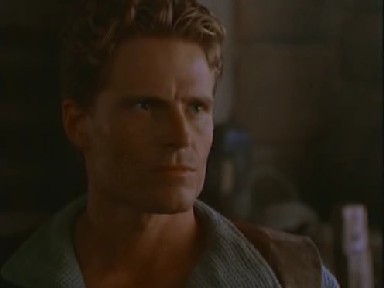