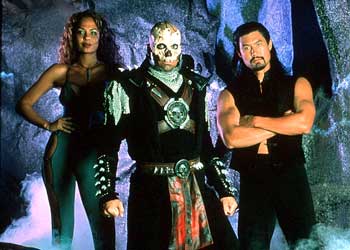 Eons ago the existence of Earth was recognized by the Elder Gods. These Gods ruled various realms which make up the unstable universe all worlds must occupy. The delicate balance of a realm’s existence rests on its furies – negative and positive forces which keep the realm from collapsing onto itself. Each realm, in itself, is therefore very powerful, containing a portion of the energy which makes up the universe. Our realm, Earth, however is special.

As a gateway or crossroads to other realms, the young world is considered one of the most powerful of all…making it attractive to other dark forces in the universe – forces like that of Shao Kahn. For thousands of years Shao Kahn has been stealing realms, transforming them into his ever expanding collection of vanquished realms known as the Outworld. He has even attempted to invade the Earth realm and steal the world from , ‘inferior’ human occupants. His plans were thwarted by a group of wise men from the Far East, who thousands of years ago sensed a weakening of Earth’s own furies. Knowing that the eminent Outworld invasion would prove too much for Earth, the wise men appealed to the Elder Gods. They believed that Outworld had an unfair advantage over of the Earth, and thought there was a more honorable and traditional way to battle for the realms. The wise men felt that a tournament would be the noble solution. It was for this reason the Elder Gods created the tournament called Mortal Kombat.Mortal Kombat would allow Earth to fend for itself, pitting the finest warriors from both realms against each other in honorable kombat. The rules of the tournament were simple – the first realm to win a consecutive set of tournaments wins the contest. If Earth wins, they have successfully defended their realm from an Outworld invasion. If Outworld wins, then Earth’s furies would be weakened and Shao Kahn would be able to step through the dimensional gate which separates the two realms.

The first Mortal Kombat was held nearly ten centuries ago and it was won by Shao Kahn’s demon sorcerer,Shang Tsung. Shang Tsung used his dark and unholy powers to steal the soul of his vanquished opponents. But his reign as champion was not long lived as he was defeated by a noble warrior from the Temple of the Order of Light in China named Kung Lao. Earth basked in the glory of its victories over the dark realm and Kung Lao proved to be a gifted warrior. Because the champion of Mortal Kombat doesn’t age until the next tournament, Kung Lao would return to defend his title as grand champion. 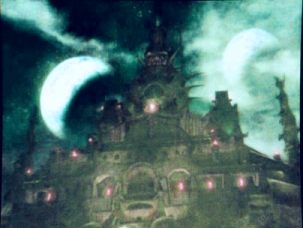 But for Kung Lao, the tournament was over, he had won. It was now time to get on with his life, give up his training, and fall in love. It was what he wanted and what he’s yearned all his life for. However, Kung Lao became plagued by dark and treacherous visions. It was then that he realized he wouldn’t be able to defend their realm forever. The responsibility for the fate of the Earth combined with the overwhelming sense of an impending failure tortured his soul. Rayden, the God of Thunder and protector of the Realm of Earth told Kung Lao his fate and that he therefore, must spend the time between tournaments finding new warriors who are worthy enough to train in the traditions of Mortal Kombat. Unfortunately, Kung Lao’s time as champion comes when the lands are ruled by inexplicable evil and black arts. That time is 500 years ago, the time for MORTAL KOMBAT CONQUEST. 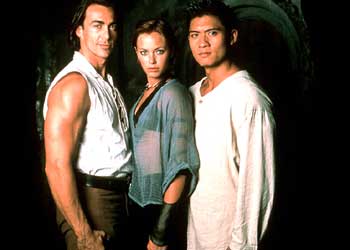 As decreed by the elders, there is only one place for Kung Lao and his companions to go, one place which contains all that they search for. It is the city of Zhu Zin. And although it is known as the crossroads to the continents, it is the most dark and treacherous place one could be. It’s a city where nothing is as it seems. Streets can seem to go nowhere forever. Doorways can transport you to other realms. And around every corner, in every nook, something or someone awaits. 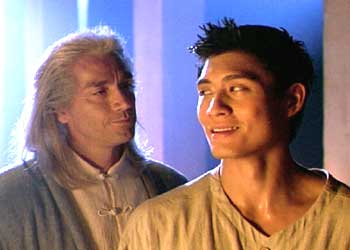 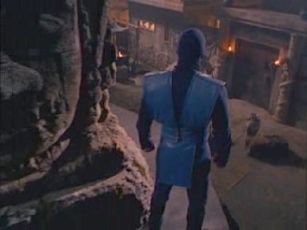 Now, Kung Lao, Siro and Taja’s task is made more treacherous as they must decide who is friend and who is foe in this world where nobody is as they seem. The potential threat of being stabbed in the back by a new found ‘ally’ adds to the terrible pressure Kung Lao is already facing. Trusting nobody, they must find warriors worthy of a responsibility as great as defending the Earth Realm. The God of Thunder, Rayden, will guide the warriors as best he can. But, humanity and its fate are left up to the humans. Only by belief in themselves and using the only force Outworld can’t defeat – human spirit – can our humans win. 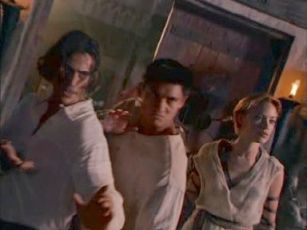