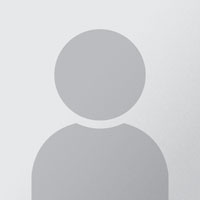 How did you get the MKC job?

There are many ways to get writing jobs in television, but only two major ones that happen consistently: 1) You get hired by a friend. 2) You go to dozens of meetings and your agent makes dozens of phone calls and one day you get lucky and someone takes a chance on you. Even if you have previous credits (I have written over thirty episodes of TV and directed two) no one knows for sure if you’re the right person for the job they have to offer.My agent had spent three months pitching me for Mortal Kombat: Conquest. It came time that they needed more writers for the show — they were already two thirds done with it. I interviewed with New Line Television, then with Executive Producer Steve Hattman. They both liked me and hired me. It wasn’t until I had the job that I met Larry Kasanoff, the founder and boss of Threshold Entertainment.

What did you have to do as the executive story consultant?

Many television writing staffs have up to a dozen or more people. MKC had three. Me, Sean Derek and Steve Hattman came up with stories together, wrote scripts on our own and together and then rewrote the scripts. I’ve been on other shows where I was involved in such things as casting and editing but on MKC it was strictly writing.

Did the writers have ‘free hands’ in the writing process?

Never. Some big name writer/producers have a lot more say in what they do (Dick Wolf, Steven Bochco), but most of the time you are part of a huge process that involves every person and corporation that has an interest in the show. Larry Kasanoff, the Midway guys, New Line television, Steve Hattman, even the cast and directors all had a say. This is the way it always is. You write the best stories you can as part of a team.

Did you create Shang Tsung’s background yourself?

Some of it. All stories were a team effort and I can’t actually remember what parts of Shang’s background came from whom.

What other series or movies have you worked for?

The good guys died and Shao Kahn won in the last episode. What do you say to that? Whose decision was that? And from Spike: ‘I believe that ‘Vengeance’ was an excellent season finale, but a terrible series finale. Well, I guess that is not the writers fault or anyone else’s since they had a second season planned.’

We wanted to come up with a cool season finale. We had every intention of returning and bringing back most of the characters, though we hadn’t worked out how that would happen. I remember that we were going to have Omegis involved in some sort of resurrection. When the series was cancelled we never had the chance. Yes, it’s a terrible series finale.

Which is your favorite MKC episode?

I don’t really remember them after all this time. I worked on the show for only the last nine episodes but I did see them all. I remember being very please with ‘The Master.’

Do you like MKC? What could have been better?

I thought it was a very entertaining show and I had a lot of fun working on it. The series was exciting without taking itself too seriously. And the women were very attractive. To make it any better would have required the two things that most TV shows don’t have enough of: time and money. Time to write better scripts and money for more spectacular action. MKC struck a good balance with what it had.

Are you satisfied with the work of the actors?

They were all excellent, especially Jeff Meek — who I ended up writing for again in a TV movie called ‘Codename: Phoenix.’

Every episode has exactly three fights. Why? Whose idea was that? Why didn’t you make up more than 3 fights per episode that you wrote?

This was for the budget. The only way to have the action the show required and not spend too much money was to know what you needed each episode and keep it under control.

How did you see your episodes in comparison to the others?

Some of my episodes were good, some were not as good. That’s the way it always is. You write the best you can each time and hope it turns out well.

Have you played any Mortal Kombat games?

I have been an avid home video gamer since the time of the Atari 2600. I mostly stick with PC games (Jedi Knight anyone?), though I have played MK on my old Genesis system. I never played many fighting games until my son got old enough to be an opponent. Just this week we started playing Tekken 3 on an old Playstation. He wins a lot. My thumbs hurt.

What part of your work did you like the most?

Getting paid. If you know any other writers, you know that’s the hardest thing to accomplish.

Would you have liked MKC to continue and write more episodes?

What do you think about our MKC Site?

It’s cool. Fandom really became a global phenomena with the Internet and it’s great to see my work live on, perhaps indefinitely.

Is there anything you want to say to your fans or the interview readers?

Thanks for your continued support and enthusiasm. I’m trying to create my own TV show someday, so I’ll let you know if there’s something new you should watch! Have fun!