Very little is known about who Smoke is or where Smoke comes from. It is known that he was stolen as a child and turned into a warrior by the ninja clan, The Lin Kuei, for this is exactly what happened to his former friend Sub-Zero. While his enemy possesses powers to summon and control freezing energy at will, Smoke has powers that are equally as deadly as Sub-Zero’s. Smoke has learned over the years to alter his physical form, and transform himslef into nothing but black smoke. This ability comes in very handy, for he can disguise himslef briliiantly. He may rest at the top of a candle, or roar over an inferno of flames.

Smoke is currently in pursuit of Sub-Zero, for killing one of the masters of The Lin Kuei. Sub-Zero cannot control his physical presence as Smoke can, so he must always be alert and ready, for Smoke can hide in the most devious places. Sub-Zero can run, but he can never hide.

Attack:
Smoke’s frightening attacks are as stiff as rock and as ruthless as fire. Smoke’s gymnastic abilities do not come close the that of other warriors. But when he fights, his brutal and careless tactics go a long way and result in hefty punishment on his opponent. Smoke is like a battering ram when he attacks, and his foes don’t even get a chance to feel pain before they die. 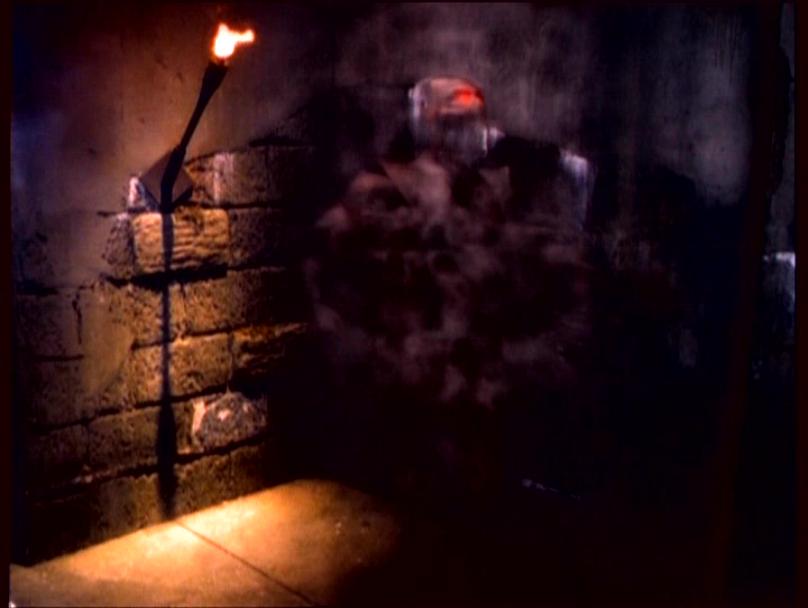