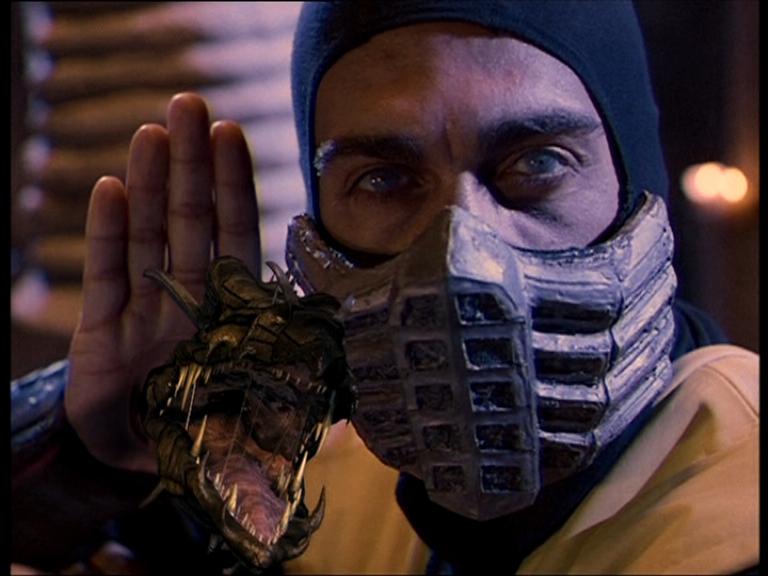 Scorpion was never a child. But Takeda was. Takeda was a prisoner in the Cobolt Mines of Outworld, recruited to fight by the evil sorcerer Shang Tsung. Shang gave Takeda dangerous powers and sent him to fight, defeat and kill the Mortal Kombat champion Kung Lao. But everything did not go as planned, and Takeda was forced to lure Kung Lao into a trap, using Kung Lao’s lover, Jen Reyland. When Kung Lao went to rescue the kidnapped girl, Takeda appeared and before Lao’s very eyes he transformed into the mutant killer known as Scorpion. Kung Lao and Scorpion engaged in a long and fierce battle. When Kung Lao had Scorpion defeated, Jen rushed over and attempted to kill Scorpion herself. But she was not prepared for the deadly fireball which he hurled straight into her, killing her instantly. Kung lao unleashed a final strike at Scorpion, sending him down into the depths of hell. But Scorpion did not intend to stay down.

Scorpion is currently building an army of warriors, all from the Earth realm. His lair is hidden and does not attract attention, and with every day that passes the army gets stronger and stronger. Scorpion does not possess just any army though. When he comes across a warrior, he will personally fight against him or her. Judging by how well that warrior has done against him, Scorpion will decide if he or she gets a place in the army or not. He plans to construct the mightiest force in existance, and to use it against his enemies. He will kill the Earth warriors, he will annihilate Shao Kahn’s forces and he will finally get revenge on that runaway ninja named Sub-Zero. After all is said and done, Scorpion will be standing tall over a universe to call his own.

Attack:
Scorpion is extremely aggresive when he attacks. Once he starts, he will not stop until he hits his opponent. His rapid punches and lightning-fast kicks terrify his opponents into submission, even before he strikes them. Scorpion does fewer acrobatic moves than other competitors, but when he does use them they are ever bit as awesome as his main tactics. Scorpion’s hands and feet are like knives, hurting his opponent even when they block.

Defense:
Normally, Scorpion wouldn’t give his opponents a chance to breath, let alone attack. But their attacks become completely uneffective when he goes on the defensive. Landing a strike on Scorpion requires complete determination and the ability to fight like a master.