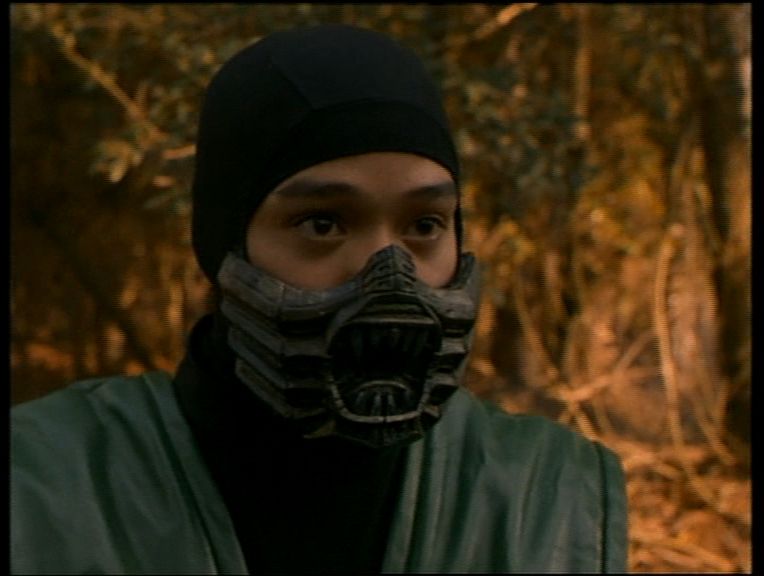 Reptile is part of an ancient reptilian race, originating from the dawn of time. His ancestors were nothing but mindless dinosaurs, but as the years went on they evolved into the civilization that they are today. The race has been living in the realm known as Zaterra for thousands upon thousands of years. But the great empire of Zaterra isn’t the magnificant kingdom that it once was. Because of Shao Kahn, the emperor of Outworld, the realm began to loose its power gradually. Kahn wanted to be dominant and control all realms, including the once independant Zaterra. Though Reptile is officially the ruler of Zaterra, Shao Kahn thinks of himself as the ruler over Reptile. And because Shao Kahn is one of the most powerful men in existence, Reptile will obey his orders to stay out of trouble.

In a determined attempt at independance, Reptile has joined forces with another ruler from a different realm – a queen known as Kreeya. Reptile hopes that by siding with Kreeya and mating with her, then they will spawn countless numbers of indestructable warriors. With Reptile’s blood, the warriors will possess the proportianate abilites of a lizard. With Kreeya’s blood, the warriors will have unravalled skills with deadly weapons. And combining the deadly fighting skills of both rulers, their offspring will be more than a match for Shao Kahn’s power. If all goes according to plan, Reptile and Kreeya will be standing tall of Shao Kahn’s beaten body, and will have his available empire to call their own.

Attack:
Reptile’s offence is like a rapid-fire machine gun. He loves to get in close and use his superhuman speed to his advantage. He is a highly technical-based sort of fighter, meaning that he can slither out of any tricky situation and shoot a blinding counter attack in a second. The word ‘ninja’ comes into play here, too. Reptile is astonishingly nimble, and most would agree that he is by far the most acrobatic of all the ninjas. The majority of his attacks are involved in some kind of leaping, twisting, rolling or flipping motion. As he is the only fighter who can truly use these moves one after the other in a forward-moving momentum, Reptile is a very formidable figher indeed.

Defence:
Reptile is a master of defense. Well, a master of blocking at least. Reptile rarely ducks or dodges an attack, believing it to be useless and uneffective. He thinks that by blocking and attack, he can send a backlash on his enemy and stun them with a follow up manouevre.