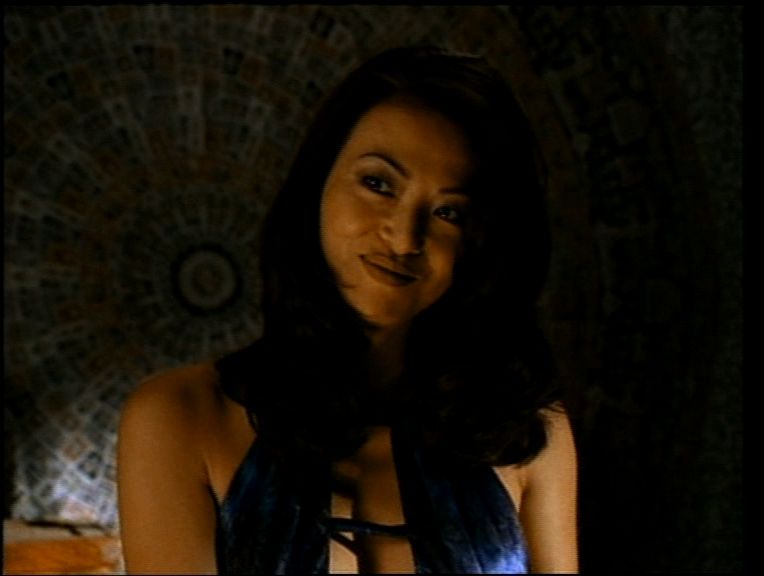 Kiri comes from an old, unusual race of creatures that supposedly became extinct millions of years ago. She is half-reptile, giving her abilities that no other warrior posseses. Her beauty and her charm have taken her a very long way, enabling her to trick and manipulate certain adversaries. She tricked the Earth mortals into believing that she was a seer, in an attempt to lure them to her assassin, Noob Saibot. She again fooled them when she returned with her maybe-more-than-a-friend Ankha, declaring that she actually belonged to an army of females, led by emperor Kreeya.

Kiri now works side-by-side with the leader of Zaterra, her realm of origin. He is known simply as Reptile. Kiri and Reptile struggle to return Zaterra to its former glory, and take any oppurtunities that might come along. They made an alliance with Kreeya to try to annihilate the Earth mortals, and are now building an army to destroy the kingdom of Shao Kahn, emperor of Outworld.

Attack:
Kiri’s skills are nothing short of stunning. Her infinite agility, her blinding speed, her unlimited flexibility. In fact, she is arguably the most twistable, flipable and bendable character in all of the series. Though the actual force of her attacks may be somewhat weaker than most, the sky is the limit to what Kiri is cabable of. She is also the owner of one of the most spectacular moves ever seen in the series.

Defence:
There is no arguing that Kiri’s methods are more focused on attacking. But when, on the off chance, that it comes to a point where she can’t actually bend backwards under a punch, she momentarily diverts to a boring old block. Then off she goes again. Her favourite way of avoiding an attack is to run for the nearest wall, clamber up, and intimidate an opponent with a frightening hiss.