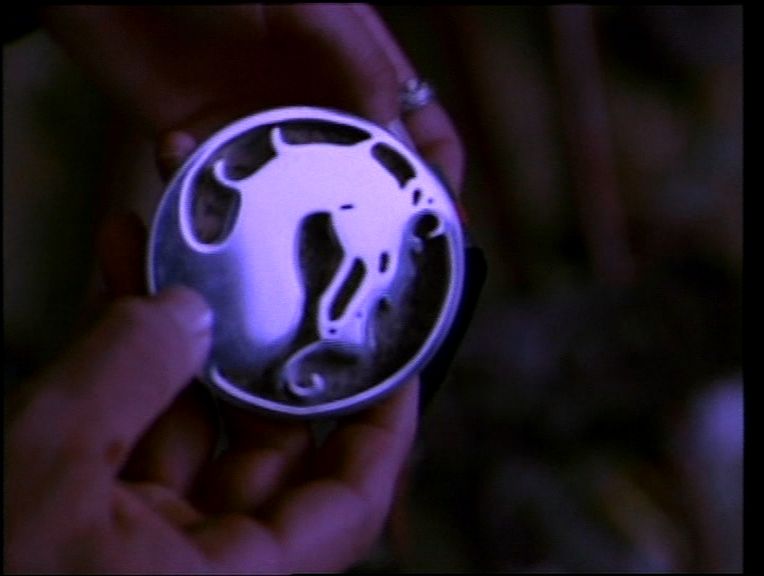 ‘Soon everyone will feel my power…I will have my revenge!’ Raiden stands at the portal and calls out Kahn. Kahn appears and tells Raiden that he will bow to him, Raiden replies never and steps through the portal to a dimensional gateway between realms. Raiden tells Kahn to stay back, Kahn tells Raiden that he can’t stop him and that enemies will fall. Meanwhile Zhu Zin is feeling the third aftershock of an ‘earthquake’ and the trading post is a mess.

Taja discovers Kung Lao’s MK Champion Medal, before complaining about the heat and spooky coloured sky. Lao is still searching for Raiden when he meets Kitana who tells him that both worlds are in great danger as Kahn is going to strike and wants Lao to meet her at the temple. In Zaterran, Reptile is fuming that Vorpax has chosen Tsung when Kiri convinces him that Tsung is only here mate and that an alliance between the two races is still possible and thus so is saving their realm and people. Kahn announces to Raiden that he has only one traitor, Raiden says that Reptile is not the only one and that Kahn is alone with only a few worthless pawns to which Kahn replies that if you play your pawns correctly you can still win the game.

As Reptile is heading for a meeting with his generals, Shadow Priests appear. Kiri spits acid at one, only to see him catch it in his hand with no effect; Reptile attempts to become invisible only to be stopped by the priest. A fight breaks out with Reptile no match for the priest, after they snap Reptile’s neck they travel towards Kiri. Kahn announces that he has other traitors too, Kitana, and despite his feelings, all sins must be answered for. Meanwhile, the Earth Warriors arrive at the temple and see Kitana there. But before she can say anything Shadow Priests arrive, placing a force field around Earth Warriors as they battle Kitana. She throws her fans at two of them and as they remove the fans from their faces, they disappear. As one priest gains the upper hand and raises her body into the air, the other two appear holding her in position as the lead priest produces one of her fans and slashes her with it before disappearing. Kung Lao suggests that they seek the help of the immortal, Omegis.

Vorpax meets with Quan Chi on his request only to be questioned about the presence of Tsung at her camp. She tells him that she is using Tsung as a tool due to her needing to mate with an Earth Warrior, once she finishes Quan Chi can kill him before assuming role as sorcerer in her army. Raiden is surprised by Kahn’s plan of lashing out at all enemies real or imagined, and says that he should have destroyed him when they last battled long ago. Kahn tells him that it was a flaw, and that Raiden is a coward and not much of an enemy. Descending down a stairwell in his palace, Quan Chi tells Siann that once he kills Tsung and Vorpax kills Kahn, he will be free to travel wherever he wants and Siann can kill Vorpax. In the dining room, Chi removes a lid to find the decapitated head of Cilene (a new slave) on a plate. He is furious, but distracted by the arrival of Shadow Priests.

They fight, and losing the battle Chi tries to teleport away only to have a priest trap him in the cobalt. Siann is beaten and thrown against a rock when a priest produces a sword and slashes them. Tsung and Vorpax mates after which Vorpax commands that the bed be removed and burned; then hearing the sounds of someone teleporting she thinks Quan Chi has come to kill Tsung. Turning around she sees that they are Kahn’s Shadow Priests who leap into the air and kill her.

Kahn tells Raiden that only one traitor remains, just one; and it crosses to Tsung’s throne room in Vorpax’s camp. Shadow Priests appear and attack him; the battle is close when Tsung attempts to steal the soul of the priest. Weakening as the priest’s soul is leaving his body, the priest uses sorcery to return the soul to his body, weakening Tsung before the fellow priests leap into the air to make the kill.

Kahn begins to question the validity of the decree of the Elder Gods saying that it was something Raiden created to keep Kahn out and that nothing will happen to him if he steps through the portal. Meanwhile, surprised at the Earth Warriors desire to fight in the battle they have no hope of winning, Omegis uses her sorcery to unseal the entrance to Shakka. Lao asks her to join them, but she is intent on bringing an end to her immortality and returns to her camp, pursued by a shadow priest. Raiden wanting to protect the Earth so fiercely saying that he wasn’t always like that surprises Kahn, and he also reveals that he has been studying Raiden’s three mortals and plans to exploit their weaknesses of caring, compassion, and friendship by making them think that the city is their final hope, Raiden was bait. As the warriors approach the portal, Raiden tells them to stay back and that the priests are going to kill them. The warriors try to fight only to be set upon by about twenty priests crowding in from all sides. Furious Raiden challenges Kahn to a fight; it is a fierce fight with swords and war mallets, with Raiden proving the more powerful of the two. It is a fierce battle but with Raiden just about to kill Kahn he discovers that he has lost his powers. Kahn begins laughing and tells Raiden that by fighting he was given enough time to transport Raiden, his friends, and the city to Outworld. Raiden attempts to strike Kahn but doesn’t even cause him to flinch.

In Kahn’s throne room, a beaten Raiden is brought before the Emperor as Kahn displays his gifts. Opening the treasure box, he produces Reptile’s mask, Quan Chi’s blades, Shang Tsung’s vest, Queen Vorpax’s robe, Kitana’s fan, Siro’s dagger, Taja’s metal finger protector, and Kung Lao’s shirt, proclaiming them all dead. He then forces Raiden to bow to him as the Emperor of the combined realms as he leads his extermination squads on a worldwide assault.