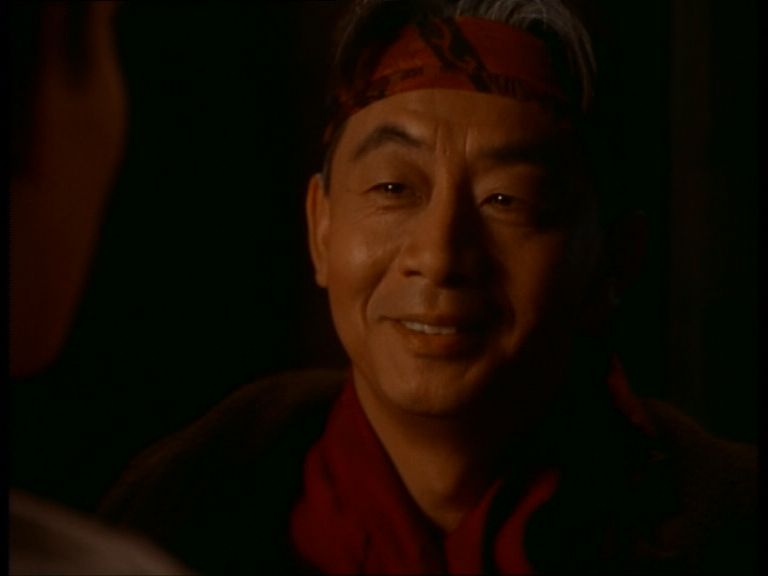 A mysterious Master comes to Zhu Zin to settle a old score with Shang Tsung and train new warriors with Kung Lao.

Shang Tsung (series regular Bruce Locke) has escaped to Earth Realm and is enjoying his freedom when he comes upon Master Cho (guest star George Kee Cheung)–the very Master Shang Tsung turned against many years ago to join forces with Shao Kahn. Master Cho has been waiting a very long time to settle the score with Shang Tsung, and in no time, physically beats him and then reverses his immortality, turning him into an ancient old man.

The Master reveals his history with Shang Tsung to Kung Lao. Long ago, Shang Tsung was a sorcerer being training to defend Earth Realm in Mortal Kombat. In his first match, Shang Tsung violated the rules of Mortal Kombat and was basically given the choice to join Shao Kahn’s dark force or die (Shao Kahn sensed the inherent evil in Shang Tsung and exploited it). Among the moves Shao Kahn taught Shang Tsung was how to take a victim’s soul to fuel one’s own immortality. What the Master leaves out of his story is that Shao Kahn has also touched him with the ‘curse’ of immortality and what it takes to maintain–the taking of others’ life force.

Meanwhile Shang Tsung has summoned Omegis (guest star Angelica Bridges) to bring her potions and reverse the Master’s aging spell. Omegis comes as beckoned, but only reverses the physical effects, returning Shang Tsung’s youthful looks, but leaving his body on the verge of death. Omegis, it turns out, was double-crossed years ago by Shang Tsung and sees this as her opportunity for payback. Many years ago, Omegis had helped Shang Tsung betray Master Cho, with the understanding that they would partner for eternity in Outworld. Instead, Omegis was cursed to immortality by Master Cho and left behind in Earth Realm by Shang Tsung.

Concurrent with Master Cho’s arrival, a flu-like epidemic sweeps through Zhu Zin. The illness is revealed to be the work of Master Cho, who, to stay alive, must take a bit of life force from the mortals around him–not enough to kill them, but enough to make them physically ill. When Kung Lao learns of this (and after Master Cho has tapped Taja), he is repulsed and throws the Master out of the trading post.

Finally, Omegis agrees to once again help Shang Tsung if he promises to remove Master Cho’s curse and make her mortal again. Shang Tsung agrees, and Omegis reverses Master Cho’s curse. Presently, Master Cho arrives on the scene and thanks Omegis for falling into his trap of aiding Shang Tsung–now the two who betrayed him are together and he shall finish them off once and for all. In the ensuing melee, however, Master Cho is beaten by his former students, who then seal his not-dead body in a cave to perish.

Her end of the bargain fulfilled, Omegis seeks her mortality from Shang Tsung. As he did many years earlier, Shang Tsung laughs at Omegis, telling her he can’t reverse the Master’s curse and then leaves her. Not one to be fooled twice, Omegis returns to the cave and unbeknownst to Shang Tsung, frees Master Cho–now she will have the last laugh. 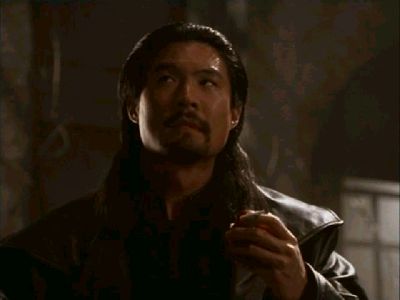 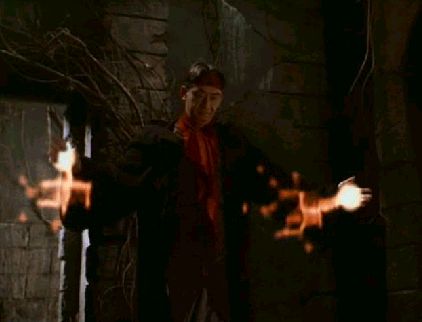