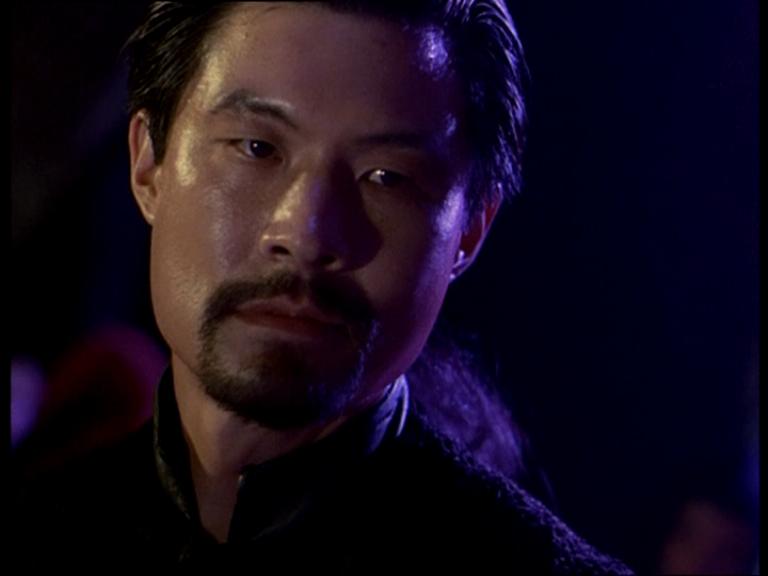 It may be hard to believe, but many centuries ago, Shang Tsung was a warrior for Earth Realm.

He was a very happy man, in love with a beautiful woman named Omegis, and being trained by a man known only as Cho – Master Cho. This man was an unbelievable fighter, the ideal trainer for an ideal student. Master Cho saw the potential in Shang Tsung to become Earth’s greatest fighter, and champion of Mortal Kombat. It is from him that Shang learned the arts of sorcery and magic.

On the day of his first Mortal Kombat match, Shang Tsung looked like he would overcome his opponent. But the other fighter made a hellacious comeback, beating Shang Tsung almost helpless. But when the man attempted to end the bout with a vicious fireball, Shang acted like a coward and shielded himself with a spectator. The innocent man died instantly, and for his abuse of the rules, the emperor of Outworld Shao Kahn sent Shang Tsung to be imprisoned in the Cobolt Mines.

Little did Master Cho realize that Kahn was actually trying to defect Shang from Earth’s fighters to the Outworld forces. He secretly taught Shang Tsung the ability to steal a warrior’s soul, and gain immortality in the process.

Shao Kahn then ‘released’ him from the mines, allowing him to join with master Cho once again. Cho was ecstatic, until one day when him and Shang were attacked by a gang of thieves. After managing to defeat the thugs, Shang Tsung broke his master’s heart by stealing one of their souls, and achieving the gift of immortality.

With the help of Omegis, Shang poisoned Master Cho and buried him alive, in a temple somewhere underground. When the deed was done, Shang Tsung no longer felt the love he once had for Omegis. And so he left her in an instant, travelling through a portal and out of her life.

After loosing to Kung Lao in the last Mortal Kombat tournament, Shang Tsung was once again imprisoned in the Cobolt Mines. There he met a young woman named Vorpax, who became his ally for some time. But he was prooved a fool when she turned out to be a spy, working for Queen Kreeya, the leader of a totally different realm.

After escaping from the custody of Kreeya’s warriors, Shang Tsung fled deep into the forest. And that is where he stays now.

He walks the paths of the woods, enjoying his freedom, the fruits and the wide open spaces that were so scarce down in the mines. Yet his lust for souls is like a vampire’s hunger for blood, and this causes him to immediately kill and attack any person that he comes across. By the time someone has noticed the dead bodies, Shang Tsung is long gone, wandering somewhere else in the gigantic forest of Zhu Zhin.

Attack:
One of the greatest fighters ever seen in the series. His attacks are nothing short of brutal and ruthless. Speed is the main advantage he has over opponents. He is also ver quick-thinking, and if you examine his fights closely you will see that he makes the right move at the right time every time. The only thing is that if he gets too heated up in a fight, he may loose concentration and become sloppy.

His style allows his kicks to be as varied and as confusing as possible. Some of his kicking attacks are very strange indeed. After seeing some of those kicks you might think he could paint a masterpiece with his feet!

Defense:
Very advanced and very mastered, compared to some of the other fighters he’s come up against. This level of defense comes in very useful against multiple opponents. While causing damage to one enemy, he can simultaenously avoid the attacks of the other two. Dodging and ducking seems to be more in his favour, probably because it allows him to move in a continuous flow and gather velocity in the process.