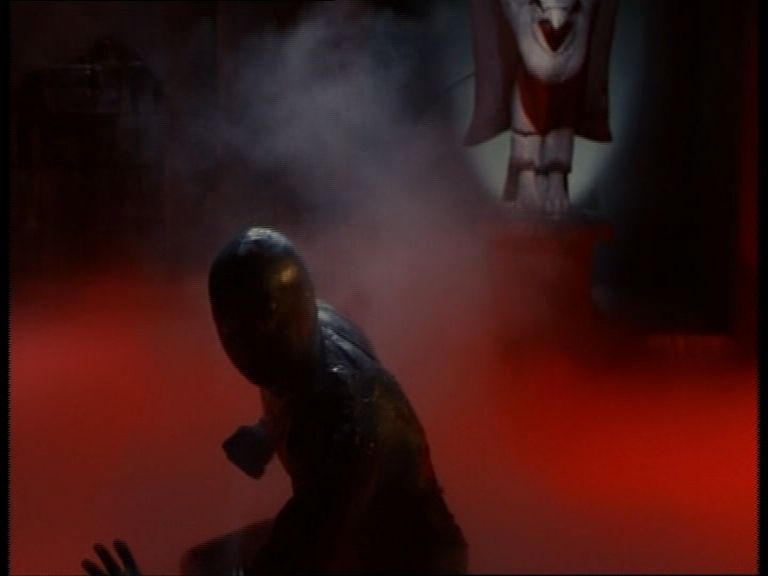 A mysterious seer summons an underworld warrior to defeat Kung Lao and gain favor with the Emperor Shao Kahn.

Siro (series regular Daniel Bernhardt) is attacked in the bazaar by four would-be robbers but is too proud to call out for Kung Lao (series regular Paolo Montalban). Luckily, Kung Lao’s instincts led him back to the bazaar where he was able to help Siro defeat the thugs.

Both Siro’s body and ego took quite a bruising–he’s angry (yet a bit grateful) that Kung Lao came to his aid. As he’s leaving the bazaar, Siro is approached by Ankha (guest star Tahitia), who tells him that she has a friend who is a seer and can give him the keys to becoming a great warrior.

Curiosity and foolish pride combine to lead Siro, with Taja (series regular Kristanna Loken) in tow, to the seer, Kiri (guest star Sung Hi Lee). Kiri tells Siro that Zhu Zin is built on the ruins of great buried city with a shrine guarded by two powerful warriors. She assures him that if he seeks out these warriors and defeats them, their strength will flow into him and he’ll be as fierce as Kung Lao.

Siro, intrigued by what Kiri has told him, sets out to explore the underworld city, again with Taja in tow. As they’re heading through the tunnels and passages, Taja and Siro notice that the deeper they go, the ground is covered with an oily muck. Finally, they come upon the ruins of a shrine as Kiri said they would–but there are no warriors guarding it, only clay statues of warriors. As Siro presses on, the two clay warriors come to life and attack him, knocking him to the ground trying to suffocate him in the muck. Upon hearing the struggle, Taja comes to Siro’s aid, using an iron rod to attack the clay warriors, who shatter like broken pottery.

Covered in muck, the two return to the trading post and deposit their filthy clothes in a corner of the courtyard. Once again, Siro’s pride is hurt. He asks Taja if she feels the warriors’ strength within, since she’s the one who defeated them. She tells him the only thing she feels is that Kiri set them up by sending them to the underworld.

It turns out Taja’s instincts were right. From the pile of discarded garments in the courtyard, the muck seeps until it’s a solid form that slithers out of the courtyard and off to Kiri’s house. Once at Kiri’s the ooze coalesces into the warrior Noob Saibot. Kiri used Taja and Siro to not only kill the guards that were keeping Noob Saibot in the underworld, but also to transport him to the surface. Kiri’s purpose for summoning Noob Saibot–to kill Kung Lao and win favor with Emperor Shao Kahn.

Noob Saibot appears at the trading post, announces that he’s Kung Lao’s executioner and then disappears. He leaves behind a footprint of the oily muck that Taja and Siro recognize from the underworld. Taja reluctantly tells Kung Lao of the previous day’s events and the two head for the underworld to search for Siro, who has disappeared. When they come upon the temple ruins, there’s no sign of Siro, but Noob Saibot quickly materializes and attacks Kung Lao. Siro arrives on the scene and rescues Kung Lao by igniting Noob Saibot, who shatters into fiery shards. Kung Lao, Taja and Siro literally run for their lives as the underground city begins to burn and then explodes into a fireball.