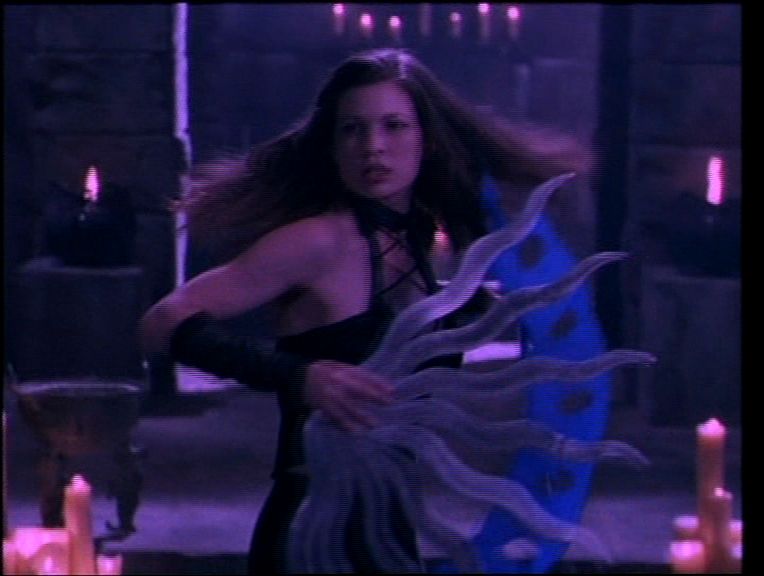 Millenia ago, Kitana was born in the realm of Edenia. The name of her father, the king, is unknown, but it is known that her mother was Queen Sindel. Her unique self-defence style was invented by her parents, so that all the people of the realm would be able to take care of themselves. When she had perfected the art, she was given permission to tweak it and edit it to her own liking. Kitana did this by adding her favourite weapons, two iron fans, to the SEA. She studied hard and became one of the deadliest fighters on the planet. But she was not the only one, as all of the other citizens of Edenia were practicing too.

This way, the people of Edenia lived safely, and when the style was eventually mastered by every citizen (who hadn’t already mastered a fighting style), the death rate decreased pleasingly.

This was the thing that made the Edenian empire so powerful. Foreign worlds attempted conquest, only to be taken by surprise on learning how evey bystander wasn’t totally helpless. And if you take that number of fighters, and add it Sindel’s actual army, you have an almost invincible kingdom.

But nothing could have prepared Edenia for Shao Kahn’s torrential invasion. The Emperor of Outworld had already taken over many different worlds, and Edenia’s fate was no different to theirs. Cities crumbled, people were slaughtered, creatures were slayed, and in the end only smoking waste existed wherea magnificent land had once stood.

Kitana was among the few that survived Shao Kahn’s onslaught. She had witnessed her father commit suicide and her mother being sacraficed. One of her best friends had been separated from her in the armageddon, her mother’s most trusted guard, Rain. Only her companion Qali managed to stick with her when she was captured by Shao Kahn and thrown into one of his prisons.

Kitana was lucky to learn that she was going to be spared, and that Kahn was going to adopt her as his own child. Though she wouldn’t give any love to her new stepfather, she was thankful that she was allowed to live after all.

Though she was no longer the daughter of a king, she was still known as Princess Kitana. During her stay in Outworld, she secretly passed food and water to Shao Kahn’s prisoners. In return, they taught her many moves from their own martial arts. This continued, and after a few thousand years had passed, Kitana had become more dangerous than ever before.

When Kitana attempted to use the Essence of Edenia (a small, pink flower with extraordinary powers) to resurrect her ancient race, Qali attempted to prevent it. She had been sent by Shao Kahn to betray Kitana and retrieve the Essence. Qali failed, however, though it was believed that she had destroyed it. The princess was crestfallen, until Mortal Kombat champion, Kung Lao, presented it to her. After Kung Lao’s good deed, Kitana became his close friend. Now, Out of the sight of Shao Kahn, she aids him in his fight against Outworld any way she can. Kitana often sends him warnings of ambushes, spies etc. Without Kitana’s help, it’s a possibility that the three Earth warriors could be rotting carcasses already.

Attack:
Kitana’s SEA has allowed her to make her attacks more swift, strong and last but not least, more painful than many other combatants. She is not one to barge in, fists punching in all directions. Using her brilliant defence abilities, she will wait for a perfect opening and grab the opportunity to strike. Kitana is talented using rapid close-range punching, and also with long-range kicks to keep her foes at bay. Surpisingly, she is not exactly Kiri in the speed department, but makes up for it with her amazing strategy and high-impact blows. The final thing to point out is (obviously) the two iron fans that she keeps in her boots. Kitana is an absolute master with those weapons. Should any poor soul get in the way of those swirling blades, you can guarantee a deep, throbbing wound and a long trail of blood.

Defence:
It’s not a surprise to learn that most of her ancient style is based on defence. Kitana can block just about anything that comes her way, if she puts her mind to it. Her brief confrontation with Kung Lao prooves that point, and if we fast forward a bit, her fight against Liu Kang will show you what I mean too. Much of her defence has a taste of grappling, as she often utilises throws, holds and locks to her advantage.