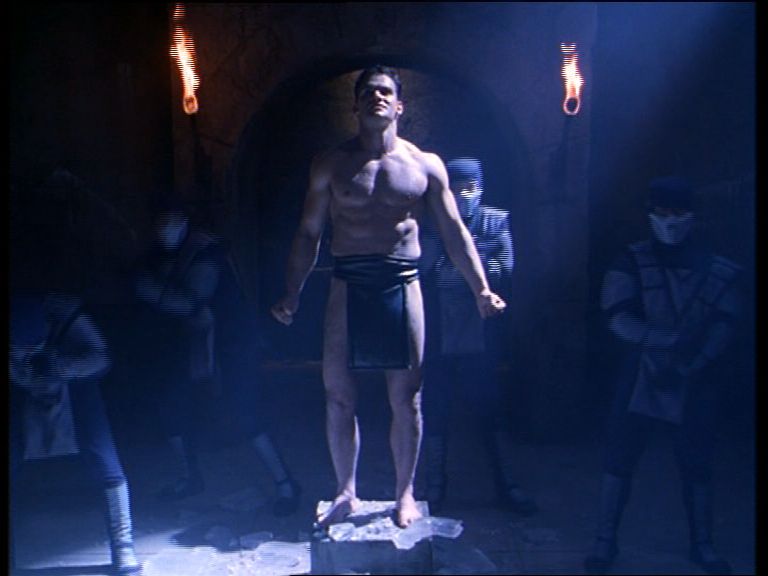 Kung Lao, Taja and Siro must keep an ancient magical crystal from falling into the hands of Shang Tsung and the diabolical Lin Kuei’s assassin/sorcerer Sub Zero.

Episode opens at the Lin Kuei compound where a strange ceremonial initiation is taking place. The Grand Masters of this cadre of assassins for hire are training a fierce new warrior in their ancient arts. As is the case with most things diabolical, Shang Tsung (series regular Bruce Locke) has a hand in this evil.

When Kung Lao, Siro and Taja reach Zhu Zin, the men decide to get provisions at the bazaar and Taja heads straight to the trading post. Upon her arrival she discovers that the post has been ransacked and, even worse, the marauder is still on the premises and proceeds to attack her. Kung Lao and Siro arrive momentarily and stop the attack, only to discover that the ‘burglar’ is actually a Ninja from the Lin Kuei.

It turns out that before his death the Baron had purchased a magical crystal that makes inter-Realm travel possible and hid it somewhere in the trading post. Shang Tsung will stop at nothing (including the Lin Kuei) to get his hands on this crystal to buy his freedom from Shao Kahn.

After the first attempt at retrieval failed, Shang Tsung has the Lin Kuei dispatch three more Ninjas to the trading post–where they are eventually defeated by Kung Lao, Taja and Siro. As the defeated Ninjas retreat from the trading post, Siro secretly follows them back to the Lin Kuei training compound and witnesses the unveiling of Sub Zero, a Ninja/sorcerer who, in addition to being a fierce martial artist, is able to fire deadly blasts of ice and cold from his palms.

Realizing there must be something extremely valuable hidden in the trading post, the new tenants beginning searching every nook and cranny. Kung Lao and Taja find the crystal just as Siro comes bounding in to tell them what he’s seen at the Lin Kuei compound. Unfortunately, Sub Zero comes bounding in right behind him and a heated battle over the crystal begins. In the end, Kung Lao, Taja and Siro are able to defend the crystal and send Sub Zero on his way, but the battle is far from over.