Enemies:    All that oppose Shao Kahn

Nothing is known about Reiko’s past. He is a very mysterious character.

Reiko is currently the general in Shao Kahn’s army. He commands Kahn’s forces in their battles, and when he is off duty, he stays by his master’s side all the time.
Reiko is aware of the war brewing between Shao Kahn, Kreeya and the Earth warriors. He is now more alert than ever, keeping an eye out for incoming assaults and more importantly, watching out for traitors.
Reiko is Shao Kahn’s most loyal servant, and he vows to crush anyone who dares to go up against him.

Since Reiko does not get into any fights in the series, it’s unknown what style he uses. 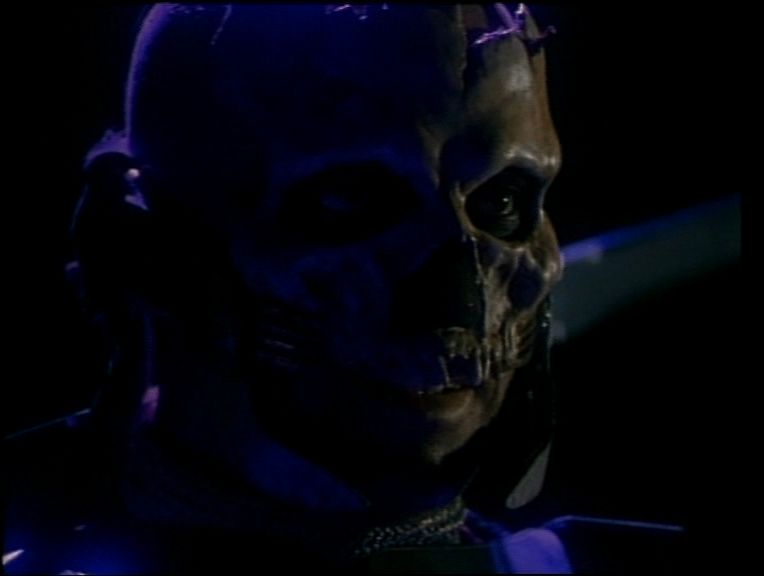 Shao Kahn’s parents are Elder Gods. Shao Kahn was to become one also, until his parents had another child. Shao Kahn was given a brother named Rayden. When Shao Kahn and Rayden grew up to be adults, they were forced to fight against each other, for the family throne as an Elder God alongside their parents. After a hard fought battle, Rayden emerged as the victor, but he did not kill Shao Kahn as required. As a result, Rayden was given the rank as the God of Thunder, and protector of the Earth Realm. This however, was not as high in position as being an Elder God. As the Thunder God, Rayden was bestowed with amazing powers, transforming him into a being of pure electricity. Shao Kahn was sent as the emperor of a wasteland called as Outworld. It was a weak and unknown world, and Kahn might as well not have bothered to try and rule it.

But Kahn was clever. He tried his hardest day after day, and gradually he began to gain the trust of the citizens. Using this to his advantage, gradually he bagan to build an army. Eventually, he had forces worthy of conquest. Shao Kahn was able to invade other realms, and clame them as his own. His empire continued to stretch and stretch until all realms were part of Outworld. All except one. That realm is known as Earth Realm, the very realm that Rayden has sworn to protect. Coming to his aid, the Elder Gods set about rules if Shao Kahn was to conquer Earth Realm. They organised a tournament called Mortal Kombat, pitting Shao Kahn’s Outworld fighters against Rayden’s Earth mortals. If Kahn could win ten consecutive tournaments against Earth’s warriors, he was permitted to invade Earth and add the final piece to the Outworld jigsaw.

Unfortunately, Shao Kahn lost the last Mortal Kombat tournament. Rayden’s greatest fighter Kung Lao defeated Kahn’s most powerful sorcerer Shang Tsung in the final round. Earth realm was safe for another generation. According to the Elder Gods’ rules, that is. Kung Lao’s glorious win was to cost him dearly, though. As the current immortal champion of Mortal Kombat, he is the main target of Outworld assassins everywhere. Shao Kahn sends many fighters to kill Kung Lao, in the hopes that he will be able to defy the Elder God’s rules and conquer Earth Realm once and for all. Scorpion, Reptile, Sub-Zero, Rain, Mileena… these are only a few of the fighters who are hell-bent on hunting down Kung Lao, in the name of their true emperor Shao Kahn.

Attack:
Shao Kahn’s opponent’s fear one thing when fighting him – raw power. The strength of one punch is enough to have any mere mortal whimpering at his feet. Kahn’s might is unrivaled even by his archenemy, Rayden. But, unlike Rayden, Shao Kahn must make up for all of this muscle-bound mayhem. He is extremely slow when attacking. Shao Kahn does have the ability to pull off any type of move he wants, but he does it at such a slow pace that it will only strike an exhausted opponent.

Defense:
With his huge build and mountains of muscle, Shao Kahn doesn’t bother to defend. He isn’t very good at it anyway, he can only block the most obvious of attacks. His strategy is more focused on inflicting pain on his opponents, rather than preventing pain being inflicted on him.