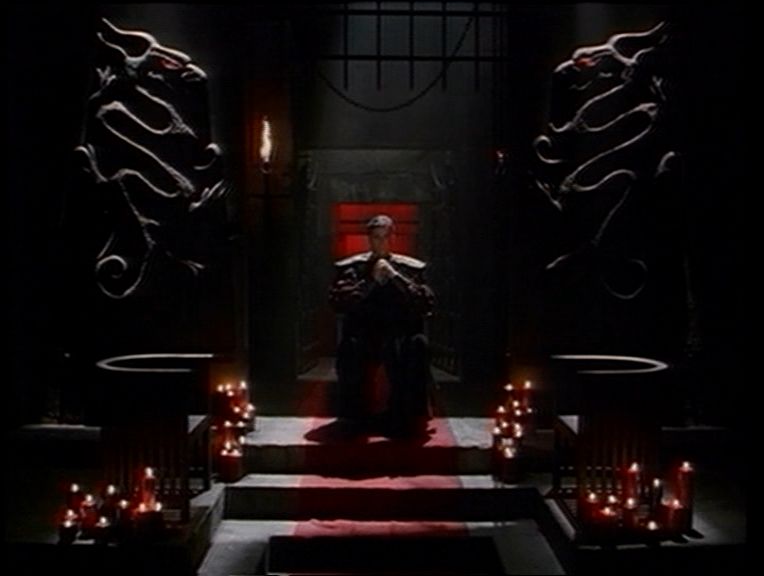 An ancient underworld organization threatens to overrun Zhu Zin unless Taja, Siro and Kung Lao can stop them.

According to the intruders, the trading post is theirs, owed to them by the Baron to cover a gambling debt. When they won’t surrender the post, Taja, Siro and Kung Lao are attacked by Jola and her co-horts. As the fight intensifies, Jola’s brother, Kebral (guest star Greg Vaughan), arrives and demands that Jola stop the fight and leave. Kung Lao, Siro and Taja mistakenly think that Kebral has put an end to this nonsense when he ominously states that they will be back to take possession of the trading post.

It turns out that Jola and Kebral are members of The Black Dragon, an underworld organization known for its deviousness. The Black Dragon is a familial organization led by Bannak (guest star Dave Corey), who opposes Jola’s use of force and agrees with Kebral that there are other ways to intimidate, extort and exploit.

Concurrently, Jola is furious that the men in her family have sided against her and seeks out Shang Tsung (series regular Bruce Locke) in the Cobalt Mines. It turns out that Jola and Shang Tsung have had dealings before and were once lovers. In the Cobalt Mines, Jola begs Shang Tsung to return to her the powers of the Dragon–forces that her family once used to control and destroy their enemies. Over generations, the powers surged out of control and the family turned away from them as they became too dangerous. Jola seeks the powers to settle the score with her family and anyone else who gets in her way.

When Bannak turns up dead, The Black Dragon assumes it’s the work of Siro. Unbeknownst to everyone, it is Jola who killed Bannak. Later in the Cobalt Mines, Jola makes a deal with Shang Tsung for the powers of The Dragon.

With her new powers of darkness, Jola visits the trading post with the intent to kill Kung Lao and settle her debt with Shang Tsung. What she’s not counting on is the unified front presented by Taja, Siro and Kung Lao. Despite the fact the her new powers have made her a fierce fighter with the ability to throw flames from her palms, Jola is pulled back to Outworld by Shang Tsung just as Kung Lao is about to finish her. Telling her she’s failed him, Shang Tsung intends to keep Jola in the Cobalt Mines where he will train her in the use of the powers.

For the time being, the trading post and Zhu Zin are free from the reign of The Black Dragon.